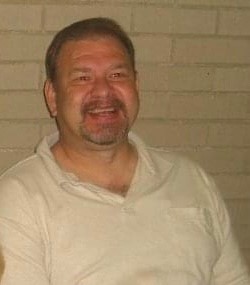 Rich was born on Nov. 15, 1956 in Johnstown to the late William “Dick” Robertson Sr. and Theresa (Barbus) Robertson. After graduating from United High School in 1974, he went on to work in the coal mines. In 1977 he married his high school sweetheart Deborah Robertson (Buterbaugh) going on to have four children; Rich, Ryan, Rob, and Angela.

Rich was one of the best men to know. After becoming paralyzed in a hunting accident in 1988, he devoted his time to his family and friends. For a number of years, he was a proud member of United School District’s School Board and never missed a sporting event of his kids’. Rich was also a passionate woodworker and in years past would usually be building or restoring swings and gliders for friends and family.

Anyone who knew Rich knew that he was the most loving family man and terrific friend. As his health declined and he couldn’t get around as much, Rich could often be found on the phone calling up old friends to check in and chat about the old days.

Rich was never one to shy away from expressing his love for his family. He always made sure that his children and grandchildren knew that they were loved deeply and truly for being exactly who they were.

Due to public health concerns, all visitation and services will be private.  In lieu of flowers, memorial donations may be made to the Robinson Evangelical United Methodist Church, PO Box 65, Robinson, PA 15949.

The arrangements are in care of Kenneth A. Stuart Funeral Home, New Florence.