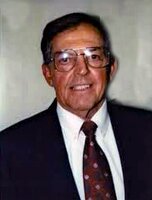 Jerry is a retired math teacher from Laurel Valley High School where he coached foot ball for 46 years, having served as head coach from 1979 to 2008.  He was head baseball coach at Laurel Valley for 35 years and score keeper for the Laurel Valley boys’ basketball team.  Jerry has been inducted to both the Pennsylvania Scholastic Football Coaches Hall of Fame and the Indian County Sports Hall of Fame.  Jerry is a member of Holy Family Catholic Church, Seward where he previously was a Eucharistic Minister, and member of Knights of Columbus.  He also was an Army Veteran of the Korean War.  Life member and past commander of New Florence VFW Post 7622, member of Bolivar American Legion Post 128, and New Florence Lions Club.  He spent his career molding thousands of students and athletes.

Friends received 2-4 and 6-8 pm Tuesday at Kenneth A. Stuart Funeral Home, 139 Ligonier St., New Florence.  (Mask will be required).  Mass of Christian Burial 10 am, Wednesday at Holy Family Catholic Church, 425 Bridge Street, Seward.  Interment Fairfield Cemetery.  Military rites by local miltary organization. In lieu of flowers memorial donations may be made to a charity of one’s choice in Jerry’s name.