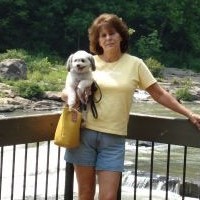 Please share a memory of Jean to include in a keepsake book for family and friends.
View Tribute Book

Jean L Barelich, 73, Seward, passed away peacefully in the arms of her loving husband Larry of 49 years on April 18, 2021. Jean along with her twin sister Jeanette who passed away in 2005 were born to Elmer and Agnes Polich on April 23rd, 1947 in Seattle Washington. Jean met Larry in San Diego, Ca and they were married Feb 13th, 1972. Together they raised 3 children, Kimberly (Brian), Douglas (Kerri) and Jolene. One of her greatest joys was being Mimi to her 9 grandchildren, Amanda, Matthew, Bryce, Sydney, Dustin, Laurel, Salvatore, Theresa and Vici. Great-grandchildren, Tyler, Emma, Caleb, Aurora, Isabelle, and Noah. Jean is survived by her husband Larry, her children, brother Dennis. Nephews Donald and Curtis. Preceded in death by her parents, her twin sister, her brother Gary. Jean really enjoyed her many camping/fishing trips with Larry. She also enjoyed her many shopping trips. Private interment Armagh Cemetery.  Arrangements in care of Richard C. Stuart Funeral Home, Armagh.  Online condolences may be left at www.thestuartfuneralhomes.com