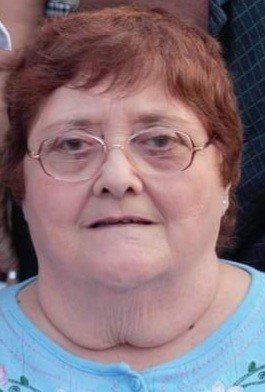 Please share a memory of Agatha to include in a keepsake book for family and friends.
View Tribute Book

Born July 29, 1941, in Johnstown, she was the daughter of the late Dominico and Margaret (Pollino) Furfari.

She is preceded in death by her husband, Ronald L. Chero, her sister, Mary Furfari, and her brothers, Joseph A. Furfari and Pete Furfari.

Agatha is the sister of Theresa Furfari, Rosie Sida and her husband Robert, Dominico Furfari and wife Gloria, and the sister-in-law of David Chero and Sandra Chero.

She is survived by her children: Ronald "Rocky" Chero and wife Heidi, Teresa Chero, Dominico Chero, and Rose Hartz and husband Dale.

Agatha spent 20 years traveling the world with her husband, who was a member of the United States Air Force in the service of this country.

She was a very family-oriented person, whose life revolved around her grandchildren; with her great-grandson who hung the moon.

Friends will be received from 2-4 pm and 6-8 pm on Tuesday at the Richard C. Stuart Funeral Home, 392 E. Philadelphia St., Armagh.

The funeral service will begin at 9 am on Wednesday, until the time of Mass of Christian Burial, at the Holy Family Catholic Church, 425 Bridge St., Seward, Interment Bethel Cemetery.

In lieu of flowers, memorial donations in Agatha's name may be made to the Wounded Warrior Project: www.woundedwarriorproject.org.

Online condolences may be left at: www.stuartfuneralhomes.com.

Her family is in hope that there will be Hallmark Channel Movies in Heaven.

Share Your Memory of
Agatha
Upload Your Memory View All Memories
Be the first to upload a memory!
Share A Memory