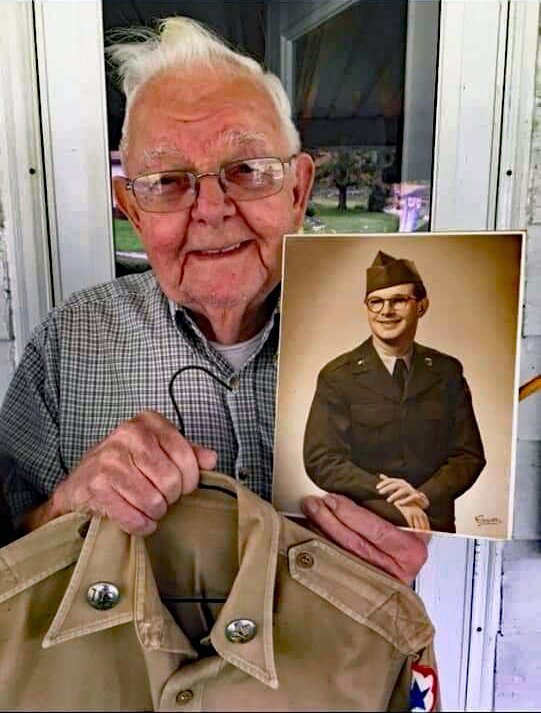 Charles Richard Galbraith, 91, of New Florence went home to be with the Lord and the love of his life, his wife, Doris, on March 27, 2022. He was born on February 8, 1931, in Johnstown. Son of the late Charles and Olive (Robinson) Galbraith, he met his wife Doris (Fritz) in 1941 in the one-room Tubmill Schoolhouse located across the road from their home. After attending Penn State, he married his childhood sweetheart in 1951 but was soon drafted and served in the US Army from 1952-1954. After fulfilling his service obligation, they purchased their home located across the road from the Tubmill school. They spent nearly the next 66 years building a beautiful life and family together making everlasting memories until Doris’ passing in 2017.

He enjoyed woodworking, gardening, quilting with his wife, Doris, (anything as long as Mom was with him), being outdoors, hunting, morel mushrooms, his porches and especially his back porch in the later years, and time with family and children.  His neighbors (Valerie and Jeff Boring and Beth Fishter) were of great company to him nearly every day for the past several years.

He had a strong faith in God and loved his church where he served as an elder and Sunday School teacher.

Dad’s favorite football team was, of course, the Penn State Nittany Lions.  His second favorite team was our Pittsburgh Steelers.

Share Your Memory of
Charles
Upload Your Memory View All Memories
Be the first to upload a memory!
Share A Memory