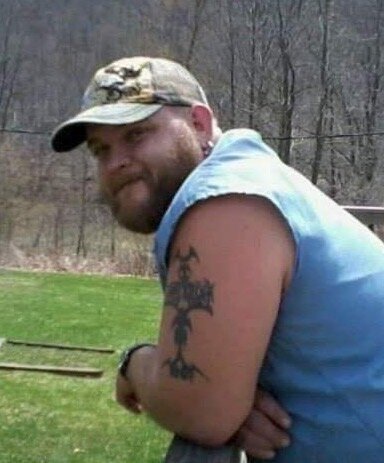 Christopher M. Howe, 36, formerly of Bolivar passed away October 6, 2022, as a result of a motor vehicle accident.  Born February 20, 1986, in Latrobe the son of late Tracy S. Howe and Cynthia A. Krinock Howe, of Bolivar.  In addition to father his is also preceded in death by wife Karen Howe.  In addition to his mother, he is also survived by son Jamie; brothers Zachary Howe and fiancé Samantha Chero, Nathan Howe, Clinton Varner, and Clayton Varner and wife Jodi Varner; sisters Stephanie Gafford and husband Daniel Gafford, of Oregon; Adrian Varner, and Pauline Herrle and husband Drew Herrle.  Stepmother, Donna Howe.  Also, his partner Sarah Free, and her children Kieran and Logan, of Blairsville; wife Tracey Howe, of Ohio, and her children Brittany Bray and fiancé Ken Evans, Victoria Bray, and Austin Bray, as well as many nieces and nephews, and grandchildren.

Christopher enjoyed paint ball, playing pool, and working on cars.  His heart was as big as he was.

Friends received 2 pm till time of service 6 pm Sunday at Kenneth A. Stuart Funeral Home, 139 Ligonier St., New Florence.  In lieu of flowers donations may be made to the funeral home to help the family with funeral expenses.

Share Your Memory of
Christopher
Upload Your Memory View All Memories
Be the first to upload a memory!
Share A Memory
Plant a Tree