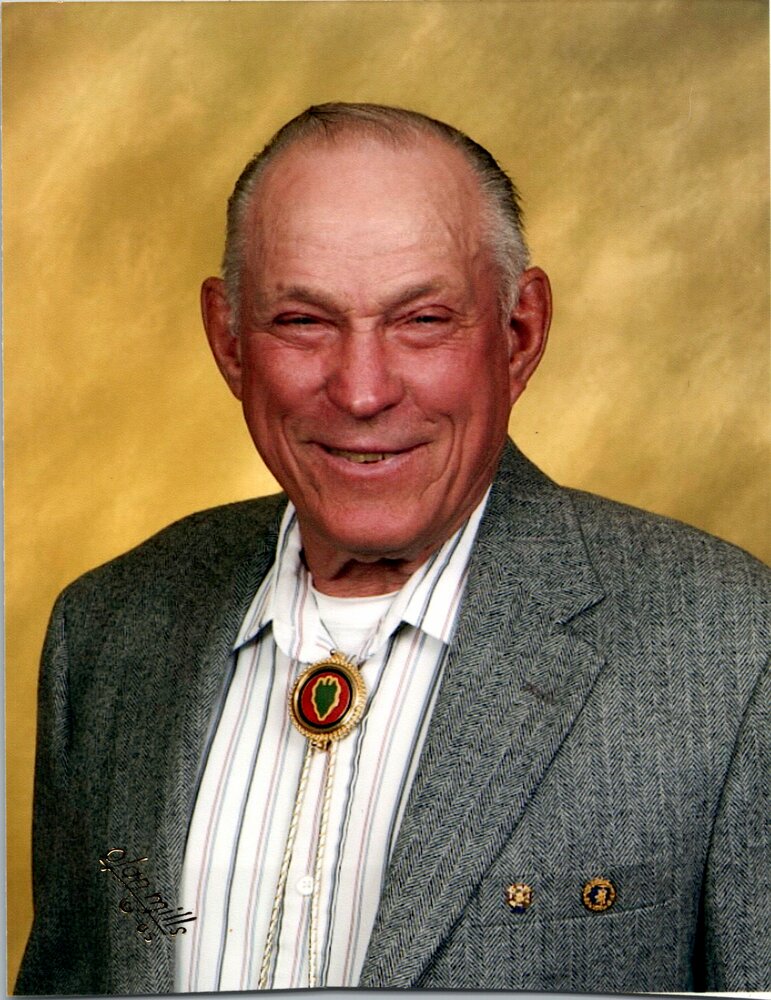 Shorty was the husband of the late Frances (Boyer) for 62 years.  He was born on August 24, 1933, at the McFeaters Farm near Armagh, PA.  He is one of six children born to the late Alfred K. Mack, Sr. and Carrie Edna (McFeaters) Mack.  His family moved to the Mack Farm near Wehrum when he as a boy.  He graduated from the Armagh High School and then was honored to join the Army and serve in the Korean War.  Shorty married Fran on December 20, 1958, and they lived on Mack Farm. They both enjoyed playing music and singing for events in the community.  Shorty played 7 instruments.  He enjoyed farming, giving wagon rides with his big percheron horses, hunting, fishing, trapping, playing music and square dancing.  He had many experiences working as a coal miner, carpenter, heavy equipment operator, farmer, Game Warden for 35 years and a Land Game Manager for the PA Game Commission.  He enjoyed traveling with his wife through 48 states and parts of Canada.  He especially enjoyed family trips west to their land in Big Sky Country in Montana and hiking the Grand Canyon.

A special thank you to the AseraCare Hospice for the wonderful care given and also to his special care givers Mallory, Pam and Mark and his nurses Courtney and Megan.

In lieu of Flowers memorial donations my be made to AseraCare Hospice or Wounded Warriors.

Share Your Memory of
Alfred
Upload Your Memory View All Memories
Be the first to upload a memory!
Share A Memory