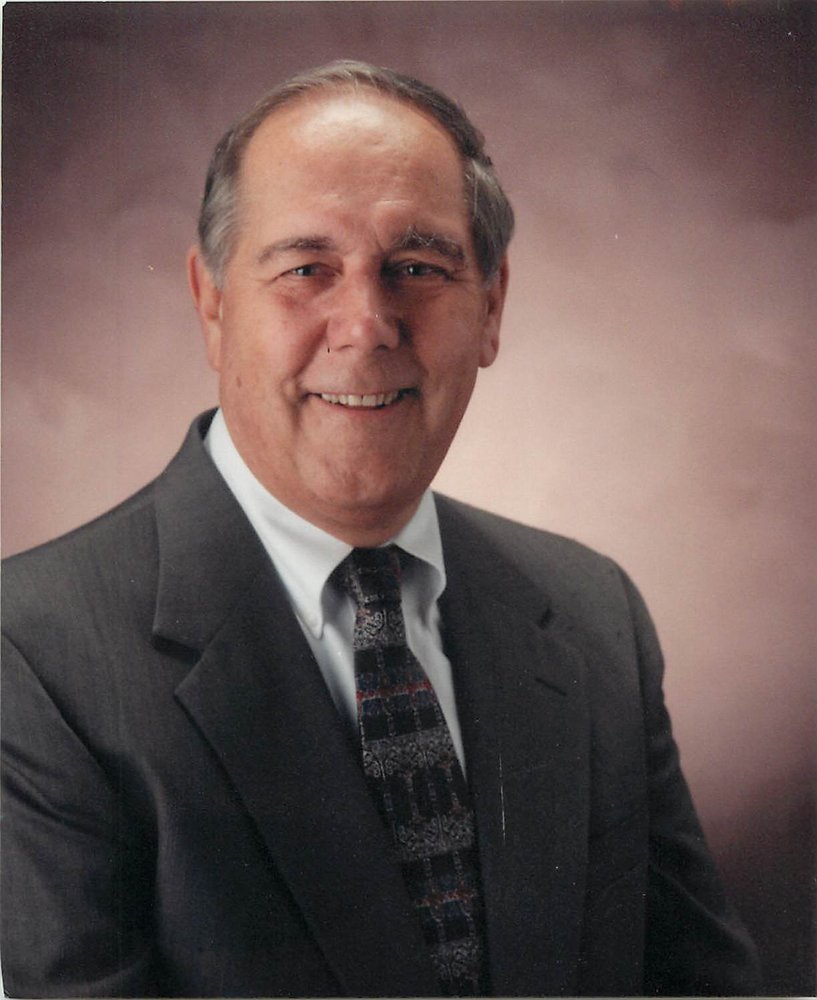 Reverend Ralph Kenneth (Kenny) Keiper Jr., known to many as "Coach Keiper", of Bolivar was called to his heavenly home on October 28, 2017, at the age of 87. Born August 5, 1930, in Johnstown, PA and raised in Coopersdale, he was the son of the late Ralph K. and Della M. Keiper. In 1951, he married his devoted wife Lois M. (Mardis) Keiper. He was the loving father of three surviving children: Rick and wife Lori Keiper of Winston-Salem, NC, Bill and wife Karen Keiper of Wilmington, NC and daughter Deborah and husband Alan Anderson of New Canton, VA. He was also the cherished grandfather to Justin, Joshua, Laura, Jared, Paul, John, Jordan and Matthew. Along with the pride and enjoyment of his children and grandchildren he adored his great grandchildren. In addition to his parents, he was preceded in death by his sister and brother: Laverne E. Cowles and William L. Keiper. Kenny was a dynamic person actively involved in many areas of the community during his life. He first began his ministry in the United Methodist Church in 1959 serving the Bolivar UMC for 58 years. During this period, he graduated from the University of Pittsburgh and then the Boston Theological Seminary; becoming an Ordained Minister in 1968. Beginning in 1966 until his passing he also served the Germany United Methodist Church for some 51 years. In 1966 he was privileged to be selected as one of twelve Ministers as "Circuit Rider" re-enactors to participate in the 200th Anniversary of the American Methodist Church. Riding his horse "Toby" every step of the way from Western PA to the Baltimore Methodist Convention. He truly loved serving the Lord and the people of his churches. An avid baseball enthusiast, Coach Keiper, scouted for the Detroit Tigers from 1956-1960 and for the Pittsburgh Pirates from 1960-1968. His love of baseball and interest in shaping the lives of young men had also led him to become coach of the Johnstown Hahns Packing Jr. League baseball team between 1951-1961. He led the team to over six championships and took Johnstown to its first AAABA championship appearance in 1956. Later becoming the Baseball Coach for the University of Pittsburgh at Johnstown (UPJ) from 1971-1997. He took pride in having the opportunity to influence the lives of the young people at the university and the associations that lasted following his retirement. An active member of the Johnstown Old Timers Baseball Association Kenny was a principle organizer in the Baseball Division of the Pennsylvania Keystone games held in Johnstown and in bringing the 1983 Word Friendship Baseball Tournament to the city. He served as the Chairman of the, NCAA Division II Baseball program from 1990-1997. In 1994 being named an "Honorary Alabama Colonel" and receiving the keys to the city of Montgomery, ALA for his NCAA contributions to both the city and state, by then governor Jim Folsom. Kenny was honored to be inducted into the AAABA Hall of Fame on August 8, 1996 and into the UPJ Athletics' Hall of Fame on April 12, 2014. He took great joy in being a member of the Jaffa Temple of Altoona, PA's Mounted Horse patrol; as well as a member of the Cambria Council, No. 32, R. & S. Masonic Temple. Beyond his ministry, coaching, and community activities, Kenny's love for Lois, the home, his horses and farm was his pride and joy. He found pleasure and contentment in sharing the beautiful surrounding they built together with both family and all who worked or came to "the farm". Friends received from 2-4 and 6-8 PM, Thursday, November 2, 2017 at Kenneth A. Stuart Funeral Home, 139 Ligonier St., New Florence, where service will be held 11 AM Friday. Rev. Patricia M. Nelson and Lay Leader Harry Barbus co-officiating. Interment Grandview Cemetery. In lieu of flowers, the family would appreciate donations made in this name to either: Shriners Hospital for Children, 3551 N. Broad St., Philadelphia, PA 19140; www.shrinershospitalforchildren.org or St. Joseph's Indian School, PO Box 326, Chamberlain, SD 57326; www.stjo.org/jul